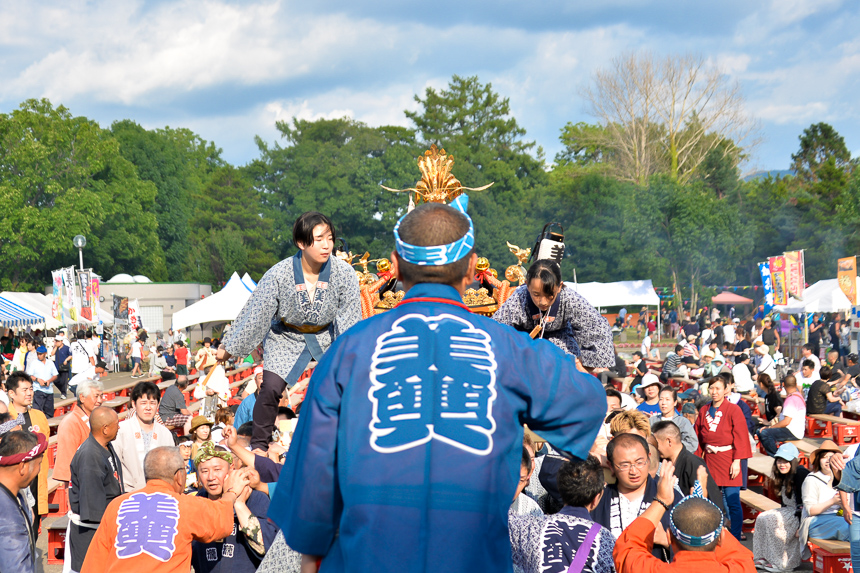 This is a summer happening, where a whole slate of events will raise the August heat, beaming Bibai’s vitality far and wide.

This “Bibai Kabura Festival” was previously held as the “Bibai Summer City Festival” (from 1981 to 1992). Parades in full costume, with elementary students’ fife and drum corps, and with Mr. Narusuke Hanayanagi’s “Bibai Folk Dance” choreography all made this a unique and popular festival. 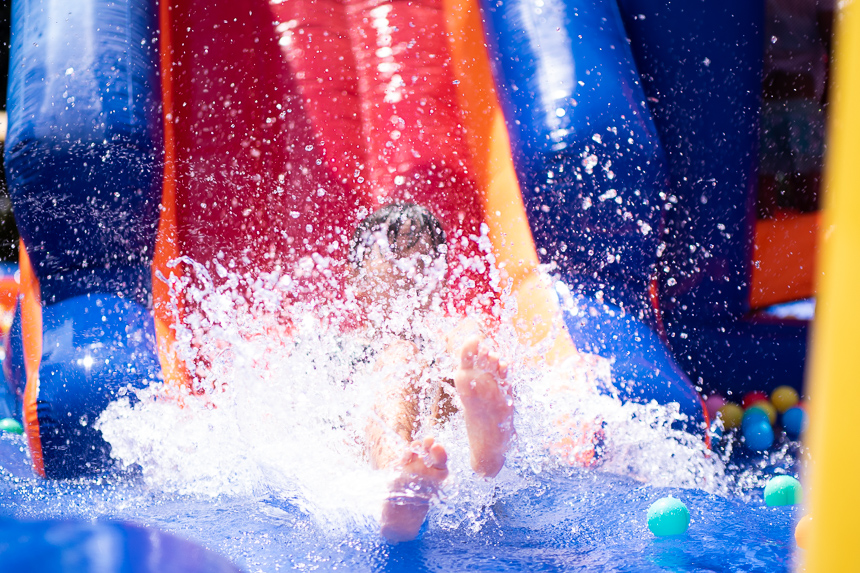 This annual summer event had a year hiatus, but in 1994 the curtain opened on more than a twenty year run as the “Bibai Kabura Festival”. The “Songs” (歌) are live guest performances, the “Dances” (舞) are in a show given by local and visiting dance groups, and the “Undress” (裸) refers to the minimal costumes worn in traditional portable shrine processions, again by local and visiting preservation groups. These are the three pillars that continue to make the Bibai summer something really exciting for city people and visitors alike. 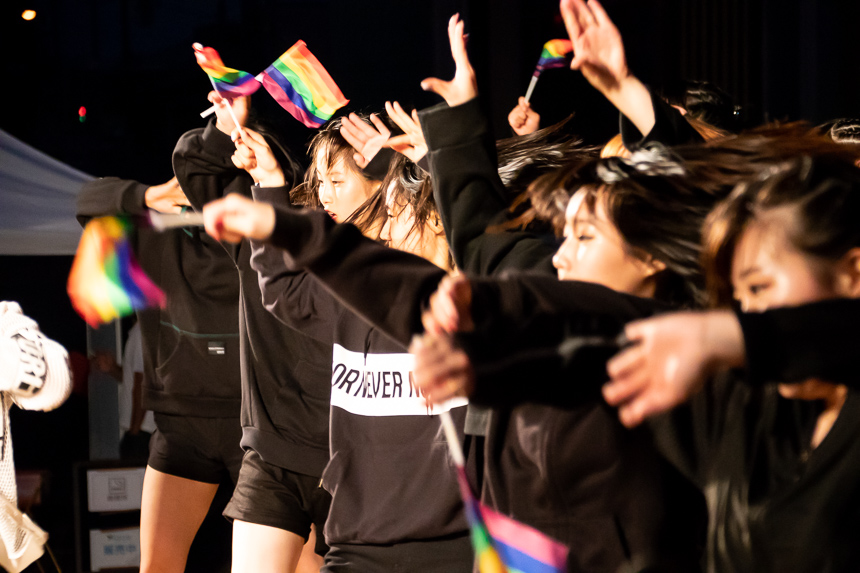 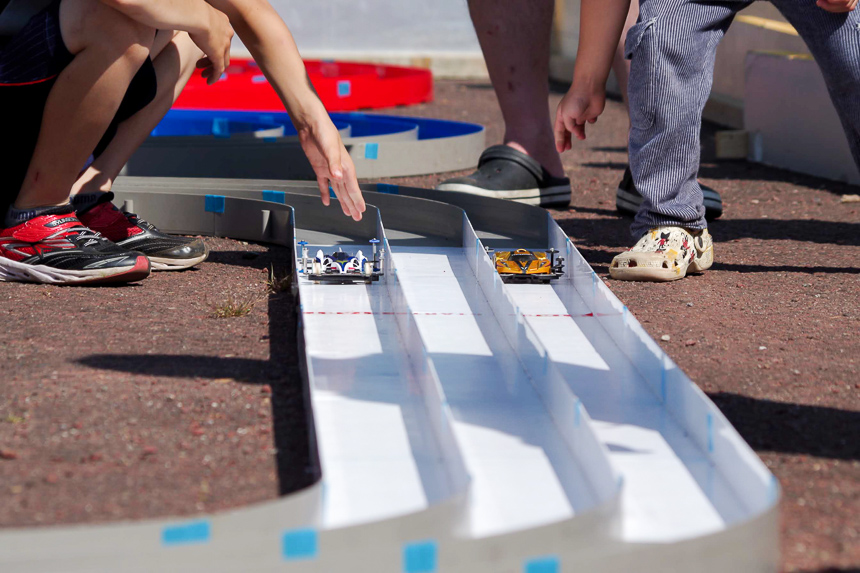 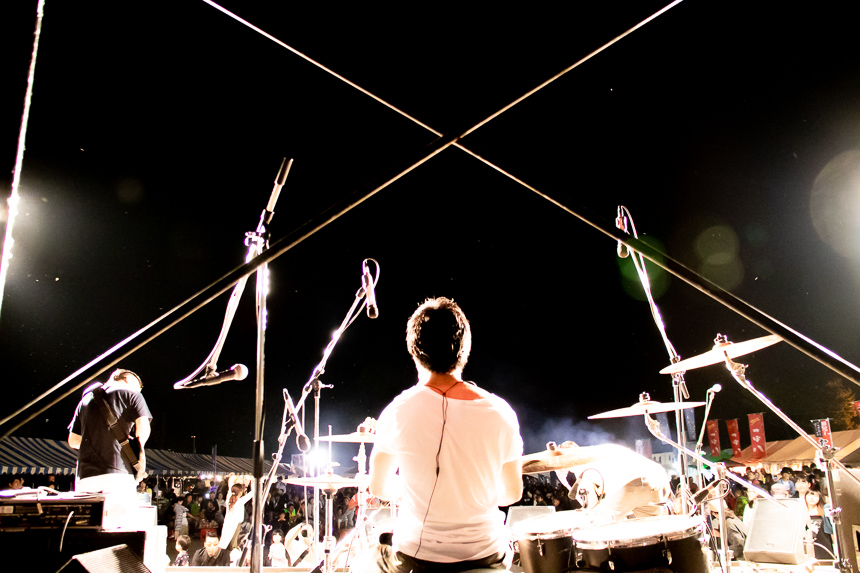 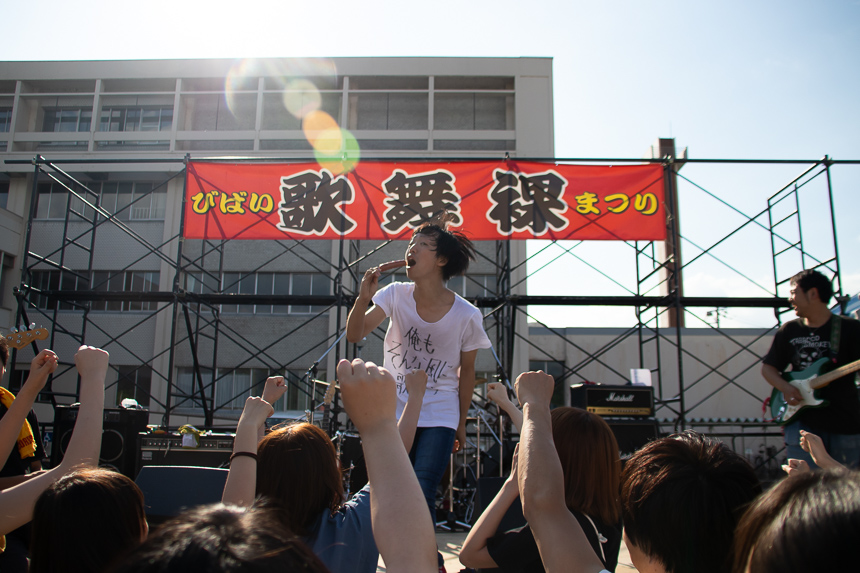 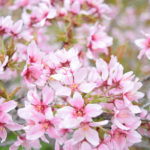